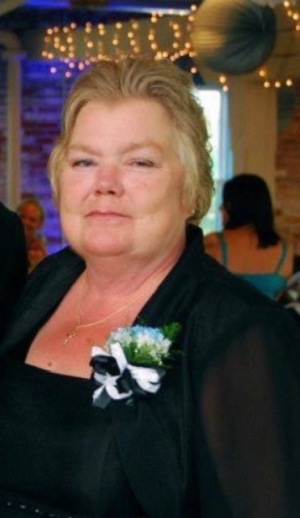 Debbie L. Jones, age 67, of Elkhart passed away on Sunday, July 31, 2022 at the Raclin House, Center for Hospice in Mishawaka, IN. Debbie was born on August 6, 1954 in Springfield, TN to Julian Poole and Velma Jean Adkins. Debbie married the love of her life Fern Jones on December 23, 1988 in Mishawaka.

Debbie worked for Century foam for several years in her youth. She enjoyed playing scratch off lottery tickets, watching HG TV, and watching Notre Dame Football. She enjoyed getting together with her family and friends, especially going shopping with her granddaughter Reagan.

Friends may visit with family from 5-7 pm on Wednesday, August 3, 2022 at Stemm-Lawson-Peterson Funeral Home, 1531 Cobblestone Blvd., Elkhart, IN 46514 Funeral services will be held at 12pm on Thursday, August 4, 2022 at the funeral home with visitation one hour before services.   Entombment will follow at Chapel Hill Memorial Gardens in Osceola, IN where she will be laid to rest next to her husband. Memorial donations in memory of Debbie may be made to Center for Hospice Care, 501 Comfort Place, Mishawaka, IN 46545 www.cfhcare.org http://www.cfhcare.org Online condolences may be made to the family at www.stemmlawsonpeterson.com

To send flowers to the family or plant a tree in memory of Debbie L. (Adkins) Jones, please visit our floral store.

A Memorial Tree was planted for Debbie

Join in honoring their life - plant a memorial tree