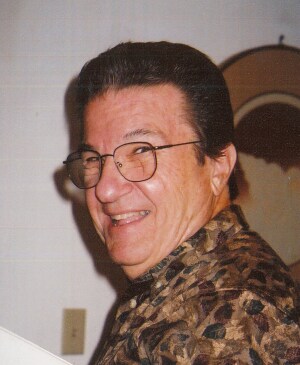 James E. Blacklaw, 84, of Elkhart, passed away Sunday March 7, 2021 at his home surrounded by his family. He was born June 5, 1936 in Detroit, MI to James A. and Lillian Blacklaw. On January 26, 1957 in Birmingham, MI he married his childhood sweetheart Annette Carlson

James graduated from Southfield High School Class of 1954 and graduated from University of Detroit with a Bachelor’s in Philosophy Degree. He worked at channel 28, his career took him into sales at Holiday Rambler for over 28 years and  taught television at the Elkhart Career Center for over 20 years.

James enjoyed landscaping, playing the piano and saxophone, antique car restoration and house remodeling. He was a member of First United Methodist Church and Trinity on Jackson. He belonged to Michiana Emmaus, New Horizon’s Band, Swinging Senior Sax and Company and Elkhart Vintage Auto Club He was a past Cub Scout Leader and a Member of the National Guard 139th  Army Band during the Korean Conflict.

Friends may visit with family from 11 am to 3 pm on Saturday, March 13, 2021 at Stemm-Lawson-Peterson Funeral Home, 1531 Cobblestone Blvd., Elkhart, IN 46514 where funeral services will be held 3pm. Due to the current pandemic private visitation times may be scheduled by contacting the funeral home 574-293-6411. Services will be live streamed in actual time please contact the funeral home for more information. In lieu of flowers donations may be made in memory of James to Trinity on Jackson, 2715 East Jackson Blvd., Elkhart, IN 46516. Online condolences may be made to the family at www.stemmlawsonpeterson.com

To send flowers to the family or plant a tree in memory of James E. Blacklaw, please visit our floral store.