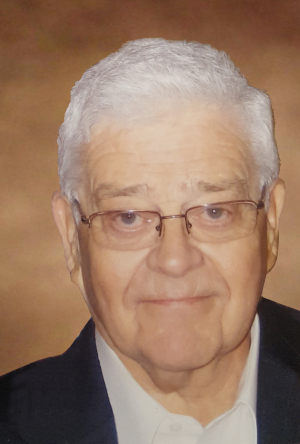 William was a loving husband, father, and grandparent. He is survived by his wife Deanna; his son William, Jr. (Jane) of Maineville, OH; daughter Sarah Kiefer (James, Jr.) of Fishers, IN and four granddaughters: Lauren Ruhrold (Nicholas), Rachel Haslem, Megan Price (Jordan), and Ashley Rumer (Mitchell). He was preceded in death by his only grandson, Erik Ezra Haslem, in 2019.

Mr. Haslem graduated from Culver Military Academy in 1954 and DePauw University in 1958. He earned a post graduate degree from Indiana State University in 1964. He worked in manufacturing in Terre Haute for four years before moving to Elkhart. There he taught Government and all levels of English, including Advanced Placement, at Northside Junior High and Memorial High School for 27 years. Bill retired from Elkhart Community Schools in 1991.

Bill loved his Yorkshire Terriers starting with Heather in 1972, followed by Winston, Jackie, Jonathan, Hannah, Abby and Missy. For 48 years he had a little Yorkie by his side. Bill’s interests were varied as expressed by his collections of books, movies, unicorns, model cars, watches, and Beanie Babies.

Private services will be held and burial will be at Roselawn Memorial Park in Terre Haute, IN.

To share a memory or send the family condolences, visit www.stemmlawsonpeterson.com/obituary/William-Haslem

In lieu of flowers, please make memorial contributions to:

A service summary is not available